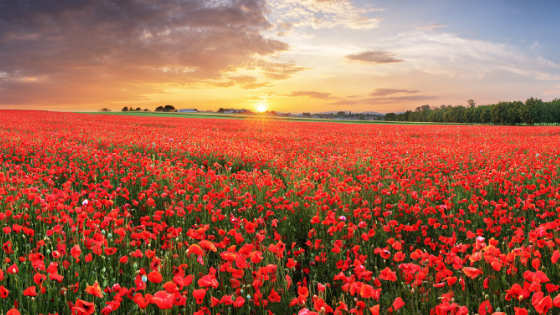 It’s impossible to give enough thanks deserved to our service men and woman around the world, those who defend our rights and freedoms and those, who are prepared to pay the ultimate price for what we very often take for granted.

I have been lucky enough to visit this place and pay a personal tribute, many years ago. But today, November 11th 2019, I have decided to relay the story of the Unknown Warrior who’s final resting place lies in the Nave of Westminster Abbey, London, UK.

The idea of a Tomb of the Unknown Warrior was first conceived in 1916 by the Reverend David Railton, who, while serving as an army chaplain on the Western Front, had seen a grave marked by a rough cross, which bore the pencil-written legend ‘An Unknown British Soldier’.

He wrote to the Dean of Westminster in 1920 proposing that an unidentified British soldier from the battlefields in France be buried with due ceremony in Westminster Abbey “amongst the kings” to represent the many hundreds of thousands of soldiers who had died in the service of others. The idea was supported by the Dean and the Prime Minister at the time, David Lloyd George. 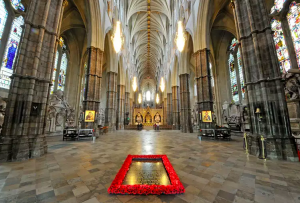 Arrangements were placed in the hands of Lord Curzon, who prepared in committee the service and location. Suitable remains were exhumed from various battlefields and brought to the chapel at Saint-Pol-Sur-Ternoise near Arras, France on the night of 7 November 1920.

The bodies were received by the Reverend George Kendall OBE. Brigadier L.J. Wyatt and Lieutenant Colonel E.A.S. Gell of the Directorate of Graves Registration and Enquiries went into the chapel alone. The remains were then placed in four plain coffins each covered by Union Flags: the two officers did not know from which battlefield any individual soldier had come. Brigadier Wyatt with closed eyes rested his hand on one of the coffins. The other soldiers were then taken away for reburial by Kendall.

The coffin of the unknown warrior then stayed at the chapel overnight and on the afternoon of 8 November, it was transferred under guard and escorted by Kendall, with troops lining the route, from Ste Pol to the medieval castle within the ancient citadel at Boulogne. A company from the French 8th Infantry Regiment stood vigil overnight.

The following morning, two undertakers entered the castle library and placed the coffin into a casket of the oak timbers from trees from Hampton Court Palace. The casket was banded with iron, and a medieval crusader’s sword chosen by King George V personally from the Royal Collection was affixed to the top and surmounted by an iron shield bearing the inscription ‘A British Warrior who fell in the Great War 1914–1918 for King and Country’ 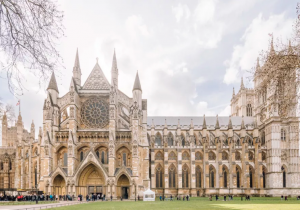 After landing on British soil, on the morning of 11 November 1920, the casket was placed onto a gun carriage of the Royal Horse Artillery and drawn by six horses through immense and silent crowds.

As the cortege set off, a further Field Marshal’s salute was fired in Hyde Park. The route followed was Hyde Park Corner, The Mall and to Whitehall where the Cenotaph, a “symbolic empty tomb” was unveiled by King George V.

The cortège was then followed by The King, The Royal Family and ministers of state to Westminster Abbey, where the casket was borne into the West Nave of the Abbey flanked by a guard of honour of one hundred recipients of the Victoria Cross.

The coffin was then interred in the far western end of the Nave, only a few feet from the entrance, in soil brought from each of the main battlefields, and covered with a silk pall. Servicemen from the armed forces stood guard as tens of thousands of mourners filed silently past. The ceremony appears to have served as a form of catharsis for collective mourning on a scale not previously known.

The grave was then capped with a black Belgian marble stone featuring this inscription, composed by Herbert Edward Ryle, Dean of Westminster, engraved with brass from melted down wartime ammunition.

BENEATH THIS STONE RESTS THE BODY
OF A BRITISH WARRIOR
UNKNOWN BY NAME OR RANK
BROUGHT FROM FRANCE TO LIE AMONG
THE MOST ILLUSTRIOUS OF THE LAND
AND BURIED HERE ON ARMISTICE DAY
11 NOV: 1920, IN THE PRESENCE OF
HIS MAJESTY KING GEORGE V
HIS MINISTERS OF STATE
THE CHIEFS OF HIS FORCES
AND A VAST CONCOURSE OF THE NATION
THUS ARE COMMEMORATED THE MANY
MULTITUDES WHO DURING THE GREAT
WAR OF 1914-1918 GAVE THE MOST THAT
MAN CAN GIVE LIFE ITSELF
FOR GOD
FOR KING AND COUNTRY
FOR LOVED ONES HOME AND EMPIRE
FOR THE SACRED CAUSE OF JUSTICE AND
THE FREEDOM OF THE WORLD
THEY BURIED HIM AMONG THE KINGS BECAUSE HE
HAD DONE GOOD TOWARD GOD AND TOWARD
HIS HOUSE

When the Duke of York (later King George VI) married Lady Elizabeth Bowes Lyon (The Queen Mother) in the Abbey in 1923, as she left she laid her wedding bouquet on the grave as a mark of respect (she had lost a brother during the war). All royal brides married in the Abbey since then have sent back their bouquets to be laid on the grave (as also have some royal brides who were married elsewhere).

The tomb of the Unknown Warrior is the only tombstone in the Abbey on which it is forbidden to walk.

So when you leave your home, jump in your car, visit friends and family, remember you can do so freely because of the sacrifice of others.

When you can discuss politics openly, vote and give your opinions, you can do so freely because of the sacrifice of others.

When you can move from one country to another, to start a new life, either by choice or because of persecution in your homeland, you can do so because of the sacrifice of others.

The story of the Unknown Warrior is not about one soldier and one war. It is to recognize all those who paid the ultimate price and sacrificed themselves for others.

Enter your email address to receive updates by email.