Circumstances within my own connections have made me think more deeply about the pain someone must feel to be hated for who they are. Disliked for something they can’t change or having to live a life that wasn’t intended for them, all because of the colour of their skin, their physical challenges, who they choose to love or how they identify.

As our cultural landscape and diversity has changed here on our small island, the passage of time and supply of information hasn’t always made us kinder or more accepting of our neighbors, at times I feel the kickback of distain is often worse.

Public violence and anger have been (for the most part) weeded out, replaced by whispers in corners and behind closed doors, which is just a dangerous. People are often public supporters but private haters of those who don’t conform to what many consider the ‘norm’.

This week our island dons it colours to celebrate friends and neighbors of the LGBTQIA+ community and this BLOG has been spurred on by a local CBC post I read last week relating to these upcoming celebrations.

At the end of this story I found myself reading the little ‘blue bubble’ comments. Over the past couple of years, certain news stories stopped allowing these free comments so I was surprised to see comments attached to this story. One of the responses was short and to the point but something we read or hear often; “Why isn’t there a Straight Parade?”.  I did a little eye roll then suddenly realized that many people may not understand or know the origins of Pride. So, with some great information I found on the internet I decided to share some background information in this post.

The organized pursuit of LGBTQ rights in the US specifically, reaches back to at least 1924 and the founding of the Society of Human Rights in Chicago by Henry Gerber. But the event that catalyzed the LGBTQ rights movement came in June 1969 in NY city’s Greenwich Village, at the Stonewall Inn.

In the early morning hours of June 28 1969, police raided this popular gathering place for young members of the LGBTQ community, arresting the employees for selling liquor without a license, roughing up many of the patrons, and clearing the bar. Outside, the crowd that watched the bar’s patrons being herded into police vans became enraged. Previously witnesses to police harassment of members of the LGBTQ community had stood by passively, but this time the crowd jeered the police and threw coins and then bottles and debris at them, forcing the police to barricade themselves in the bar to await backup.

Before long some 400 people were rioting. Although police reinforcements dispersed the crowd, riots continued outside the bar for the next five days, and these Stonewall Riots provided the spark that ignited the LGBTQ Rights Movement in the United States. Pride Month honours those that defended their human rights Stonewall riots and those who took a stand against prejudice and who continue to do so.

Pride is now celebrated all over the world and although it is celebrated at different times of the year, many cities do observe it in June.

A year after the uprising, the first gay pride marches took place in New York, San Francisco and Los Angeles. Following this, multiple gay rights organisations formed across the US and the world. In 2016, the Stonewall National Monument took its place in NYC.

The first pioneers of Pride are Marsha P. Johnson, Sylvia Rivera, a transgender activist and Harvey Milk, the first openly gay US politician. (All pictured below)

In PEI, the first Pride March was celebrated on July 16th 1994. During this march many of the participants were pelted with oranges which, (according to news records) the marchers later turned into smoothies. Talk about when life gives you lemons eh?

So the reason Pride is still celebrated and why it’s still necessary is to remind all of us of the struggle many of our friends and neighbours suffer because of the lack of acceptance, lack of knowledge and ultimately the lack of respect and love for someones right to live their lives how they want. It’s really that simple. Fighting for the rights for a free life. So this weekend, if you’re in town, show your support, volunteer and participate. As the Stonewall riots taught us, we are all stronger in numbers. 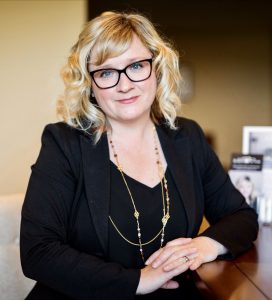 She/Her and why this is important

This article is not intended to solicit buyers or sellers currently in contract with other members of the PEIREA. Using this article in full or part without permission is a violation of copyright laws. Copyright © 2019 Melanie Press Real Estate at Impress Island Realty

Enter your email address to receive updates by email.